10 artistes whose influencing power can draw customers to your brand 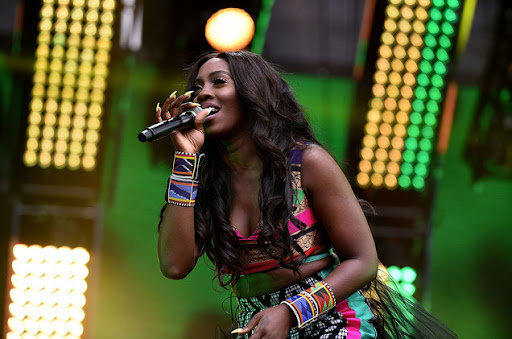 Have you ever been to a Johnny Drille’s show? Apart from the attention singers get from their songs, they call to their side a diverse audience that stays loyal even when the singer goes on a hiatus. Singers’ influence over their fans is strong enough and can almost be described as a cult following. This is why they matter for your marketing campaign.

They could do a tweet naming your brand; they could be signed in as ambassadors, a skit, be a character in an ad or be part of an outfield activation. Whichever way you want to go about your campaign, the strategy matters, or personality as the case may be, matters.

Olamide probably has the most diverse audience in the entertainment industry. His music appeals to the old, the wealthy, bus drivers, okada riders, young, wild, and his new style adds even more variety to his fan base. He has a whopping 8.5 million followers and does not look like a singer ready to drop his mic yet. He acts pretty connected to his music and fan base; you can use this to your advantage. And, his follower base on Facebook is over 2 million.

Chukwuka Ekweani is a Nigerian singer-songwriter and record producer who probably has the best year yet. His international hit single “Love Nwantiti was released in 2019 by Chocolate City but got the best traction this year after going viral on TikTok. The song charted across Europe, Africa, Australia, and New Zealand, reaching number 23 in the UK, earning his first entry on the US Billboard Hot 100. The remixes of the song also reached great heights. His name is currently on many lips and has brought him back to the public eyes.

Tiwa Savage must be everyone’s favourite. She started in Nigeria, spread her tentacles abroad, and stays on top of the table in the female category of Nigerian singers. With 14 million followers on Instagram, Tiwa can take your brand to the level you imagine. Savage’s contributions to the Nigerian music industry have earned her several achievements and a loyal fanbase.

Stanley Omah Didia won the Next Rated award at the 2020 Headies Awards in February 2021. On July 8, 2021, Omah Lay released a new single, “Understand”, with over 7 million views on YouTube. In addition, he has over 1.8 million followers on Instagram and has a show on December 24 that may have the kind of audience you are looking for. Omah Lay’s break out came in 2020, and his fan base has grown phenomenally, thanks to good music.

19-year-old Oyinkansola Sarah Aderibigbe is a Nigerian singer, songwriter and model. In early 2021, Ayra Starr achieved mainstream recognition with her debut extended play and its hit track “Away”, which spent two consecutive weeks at number four on Nigeria’s TurnTable Top 50 and went to number 17 on US Billboard Top Triller Global, paving the way for the release of her first full-length studio album, “19 & Dangerous” in August 2021. Ayra Starr has already taken a chunk of the music industry and has over 1.1 million followers on Instagram.

Daniel Benson is a fast-rising Nigerian Afro-Fusion singer; scratch that, Buju is a fan-favourite Nigerian singer whose ability to tell stories effortlessly in his music whilst including vivid melodies and harmony has made his music a ‘must-listen’. “Spiritual”- released in 2018 – is Buju’s breakthrough into the Nigerian music industry. You can say 2021 has been his best year yet, and his fan base continues to spread home and abroad. Buju has over 500,000 followers on Instagram.

Call him the head prefect of the Nigerian new school artists – and you may not be mincing words. No breakout artist has been more assertive than Ruger in 2021.  Michael Adebayo, 21, has joined the list of C-list Nigerian celebrities and has over 734,000 followers on Instagram. In February 2021, Ruger released his self-titled debut single, instantly thrusting him into the spotlight. A month later, he shared his six-track debut “Pandemic” EP. Since then, his fame has stretched across Nigeria and abroad, with his innuendo-filled record “Bounce” creeping to the top of the biggest songs in Nigeria. At one point, the record peaked at number on Nigeria’s most reliable charting metric Apple Music.

After a very long absence from the music scene, Chidinma Ekile reappeared in May 2021, but this time to celebrate her 30th birthday, sharing photos of herself on Instagram. She regrets wasting over nine years doing secular music, noting that her sudden switch to gospel music was fueled by a new encounter with God and an understanding of her Christian faith. To announce her arrival into the Nigerian gospel music scene, Chidinma released her debut gospel single titled, ‘Jehovah Over Do’. “The New Season” EP consists of 6 tracks, and a bonus (making 7 in total) was released on August 23, 2021. This made her one of the most searched artists, according to Google. She has over 8 million followers on Instagram.

Deborah Oluwaseyi Joshua recently released an album, “Big Girl”, consisting of 12 tracks and features BackRoad Gee, Calema, Shay Jones, Simi, Wande Coal & Yemi Alade. Seyi Shay has been in the industry for a while and has stayed top of her game; no wonder MultiChoice called her to judge candidates for Nigerian Idol season 6. She was nominated at Net Honours for Most Searched Musician (female) and Most Popular Musician in 2021. She has over 1.1 million followers on Instagram.

Oluwatobiloba Daniel Anidugbe’s song “Lie” put his name on our lips for a better part of 2021. He released the “Barnabas” EP and brought some ‘comparison conversations’ on social media. The EP has over 200 million streams and continues to get deserved attention. This year, Kizz Daniel has dropped some fan-favourite songs, including “Currently”, “Flex”, and TikTok popular song, “Lie”. He has over 8.1 million followers on Instagram.