How Shoprite announced Nigeria’s return to democracy and open society 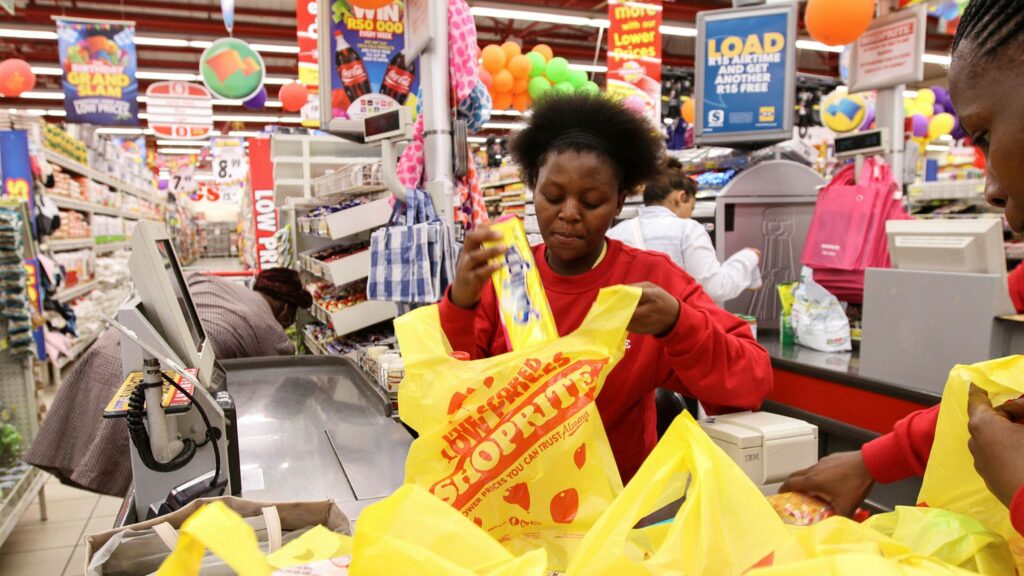 Seems pretty obvious now but this wasn’t always so.

Throwback to 2005. Nigeria was six years into a fourth republic. The Olusegun Obasanjo administration, then in its second term was working fastidiously via reform after reform to give the impression that the country was open for business. Following the traumatic and economically devastating decades of military misrule, things seemed to be looking up. The markers? A stable, democratic government affirmed by yet another successful election, economic growth and rising incomes. Even the west was seduced by this promise, with the Financial Times describing the then buzzy “Africa Rising” as a “narrative that improved governance means the continent is almost predestined to enjoy a long period of mid-to-high single-digit economic growth, rising incomes and an emerging middle class.”

GSM technology which arrived Nigeria four years earlier was at the forefront of this economic rebirth. But this was far from the only positive development. On the retail front and service industries, something major was happening as well. South African retail giant, Shoprite embarked on a massive expansive drive across the continent, entering Nigeria and opening up the first in-country store at the Palms shopping centre in Lekki, Lagos state.

Shoprite entered with a tried and tested formula. One that had made it industry leader at home, growing from eight unprofitable outlets in 1979 to become the largest retail chain in Africa forty years later. By 2016, Shoprite was worth $8.5 billion.

Promising lower prices than the average retail stores, Shoprite’s attractive and world-class stockpiling of a wide range of items- from food to home products- made it an instantly attractive option, especially in developing markets like Nigeria. The retail giant is able to maintain these low prices purely on account of a massive bulk buying power.

The Lekki mall was an instant hit as people thronged to the center not just for the actual shopping experience but also for the attractive surroundings. Both business centre and tourist attraction, Shoprite became synonymous with economic mobility. Before long the expansion continued and an additional twenty-five stores were opened across eight states of the federation employing well over 2000 people. In 2014 despite deep security concerns over Boko Haram, Shoprite even opened its first store in Northern Nigeria in Kano. Many of these malls housing the stores became known by one name only, Shoprite.

For a new generation just coming to financial independence, Shoprite’s distinct bright red and white logo did not just represent an ease with shopping or a world-class experience. It became one more symbol of an open society, one that is connected to the rest of the world in a globalized capitalistic system. For their parents and elders who had lived through the years of austerity, the fast adoption of Shoprite represented a groundswell of hope and signs of prosperity as Shoprite positioned itself to be the retail choice of an expanding middle class. After staying on the sidelines for decades, Nigeria was ready to join the rest of the world once again.

For a while, everything seemed to be peachy, at least on the outside. Aside from expansion and providing employment to the youthful population, Shoprite Nigeria demonstrated some commitment to deepen the local market while empowering local businesses. This made solid business sense as well and helped limit dependency on exports. Shoprite’s Made in Nigeria initiative, launched in 2017 helped increase local sourcing of manufactured products. Through a series of monthly meet-ups for local manufacturers, Shoprite helped strengthen existing relationships with manufacturers of local products while identifying new opportunities to showcase goods both in Nigeria and abroad.

All this while, Nigeria has continued to move to lessen the dependency on petroleum products for foreign revenue. According to the Nigerian Investment Promotion Commission (NIPC), wholesale and retail sales (trade) is the second-largest sectoral contributor to Nigeria’s GDP.

The report details that trade accounted for 16.4 percent of Nigeria’s GDP in 2018 with an estimated market size of $109 billion. Formal retail, an emerging sub-sector more prevalent after 1999 and gradually picking up since then accounts for roughly 5% of the entire market. Nigeria ranks as the eighth most attractive investment market for retailers in Sub-Saharan Africa and twenty-seventh globally, largely based on its volume of consumers and its growing middle class. The debut 2014 African Retail Development Index ranking commissioned by Kearney listed Nigeria as the second most promising retail market in sub-Saharan Africa despite the challenges of regulation, land availability and supply chain hurdles.

It wasn’t all smooth sailing though as just like Nigeria, Shoprite also suffered the effects of a series of unfortunate events that have hit the economy with increasing repercussions. The oil price crash from 2014 led to a global recession, affecting large oil producers, including Nigeria. The middle class naturally- Shoprite’s primary target- suffered from this.

Shortage of foreign currency has been a thing as well for a company like Shoprite that has to repatriate profits and source forex for imports. The Made in Nigeria initiative helped mitigate some of this exposure but not nearly enough. The situation has since been worsened by currency volatility and the multiple exchange rates in place as well as Naira.

The results haven’t been great. Shoprite reported sales in Nigeria for the year to June 2020 showing negative growth of -6.3%, with trading down -5.9% in the first half of the year and -6.7% in the second half. Some of this performance can be attributed to the Covid-19 lockdown period. Most of it is just plain bad business. No surprise then that in August 2020, the company announced it would shut down operations in Nigeria by disposing of its total 100 percent equity stake in its retail supermarkets.

In many ways, this exit feels like the end of an era. Shoprite mirrored Nigeria’s transition from the ruin of military rule to a more hopeful, and stable democratic era. The company’s focus on price, convenience, and accessibility as drivers for its expansion strategy was reflected in the world’s hopes for a more economically viable country. Has this dream been aborted? Culture Intelligence from RED likes to think it has only been delayed. But it isn’t a great place to be in.