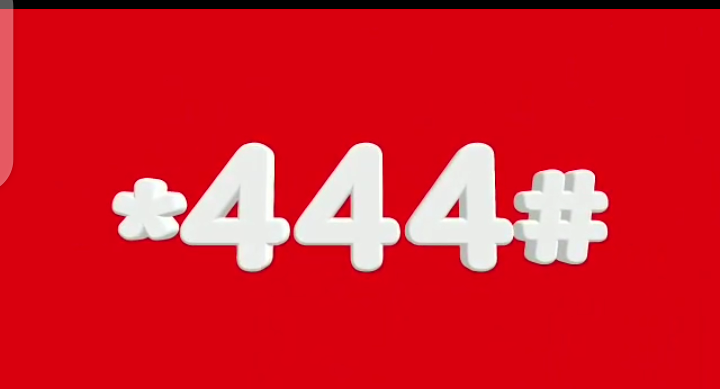 Throughout history, advertisers have used attractive melodies to entice customers. This basic technique has shown to be a failsafe plan that works time and time again. An appropriate jingle can quickly become an earworm, causing the brain to remember and retain it as a familiar, repeating sound. A good jingle will not only get etched in the minds of listeners, but it will also make a statement about what makes your brand special, creating an impression on potential consumers long after they hear it for the first time.

Impact is what determines success in the realm of branding and advertising. Within a 30-second time frame, it’s difficult to leave a lasting impact on a customer, but if a brand can hook audiences with a jingle that they’ll sing for the rest of the day, it has tenfold increased the value of its ad purchase. An example of a jingle that became wildly associated with the brand was McDonald’s ’I’m Lovin’ It’ jingle that was released in 2003. Grammy-nominated artist Pusha T was the brain behind the catchy ba-da-ba-ba-ba tune. Justin Timberlake came on board to sing the refrain, and the rest, as they say, is history. McDonald’s spent close to $1.37 billion on advertising when ’I’m Lovin’ It’ debuted and released five commercials featuring the jingle and translated them into 11 different languages. Suffice to say every penny was worth it as the tune became an instant hit.

With its 737 ad, GTBank has also been able to accomplish something similar. The 737 campaign was established by Guaranty Trust Bank to assist Nigerians in understanding ’the easy way’ to enjoy banking. The song, which was produced by Cobhams Asuquo, has every aspect of a great song: colourful images, lively beats, and a memorable melody. The 737 theme music video was a smash.

Telecommunications giant, Airtel tore a page out of GTBank’s marketing manual and created the widely popular 444 campaign to create awareness about its USSD shortcode.

Airtel’s sing-along advertisement “444 is a metaphor” became an instant hit with Nigerians, making it to several top commercial lists at the end of the year. *444# is a single mobile channel code that allows Airtel users to recharge from various bank accounts with a single dial. The ad jingle was an ingenious technique of raising awareness and encouraging people to remember Airtel’s USSD shortcode. The song is energetic, catchy, clear, and simple to sing along to, making it a sensation. The campaign was also announced and promoted through advertising and a themed contest on Big Brother Naija Lockdown.

This isn’t the first time Airtel has skillfully used music to promote its services. The business contacted Livespot to produce a campaign song for a product commercial in pidgin, Igbo, and Hausa, expressing the need for a catchy, danceable, and attractive tune. Artiste, Adekunle Gold was chosen as the lead performer for the Yoruba version of the song because of his wide appeal in South West Nigeria, and the agency used his  song ’Orente’ as a reference. The lyrics of the song were created to express quantity, efficiency, precision, and the concept of “Connect,” which was used in the Smart CONNECT campaign. Phyno was picked for the Igbo version because of his appeal  to those who love captivating music from South Eastern Nigeria. ’Father-father’, one of his songs, was picked as the inspiration. Because the music was so well-matched to the campaign, it drew listeners’ attention to the message in an emotive and impressionable way, thereby increasing sales. The song was also voted The Best Use of Music in a TV Ad at the 2016 LAIF Awards.

Noah’s Ark Communications is a Nigerian Integrated Marketing outfit; an ideas hub where communication and marketing problems are provided with creative solutions. The firm has been responsible for some of Airtel’s most innovative advertisements, allowing it to interact with Nigerians in a unique way.

Soltracka Productions is a creative marketing digital marketing media agency. The audio-visual creative content company is known for producing tunes and jingles for corporate brands and also works in audio-visual content distribution. The production outfit was responsible for contacting the artiste and producing the Airtel 444 jingle.

The catchy commercial was used in every marketing channel imaginable, both online and offline. It aired on television and also worked well as a radio jingle. It was also heavily promoted through digital channels. The commercial was deliberately pushed on the popular reality TV show Big Brother Naija, ensuring its success.

Apart from showing the advertisement during commercial breaks, the sponsor also involved the housemates in brand promotion activities. The housemates were given the task of creating a cover of Airtel Nigeria’s *444# song. The housemates were divided into four groups, with three groups consisting of four individuals each. All of the groups were given five hours to create their own rendition of the song, which might include Fuji, Apala, Reggae, or R&B sounds, as well as a choreographed dance. Originality, creativity, teamwork, and brand integration were all considered while grading the interpretations.

Omolade Oyetundun, a final-year student at the University of Ilorin, was the voice behind the iconic Airtel 444 advertisement. For her exquisite performance of the Airtel commercial, the rising singer, simply known as Lade, immediately became the beloved of music fans. The singer performed a version of Simi’s ’Duduke’, which drew the notice of Soltracka’s CEO. The agency approached her and asked her to perform the now-famous Airtel jingle.

Leveraging on television, including social media platforms – Twitter, Instagram, Facebook, the campaign’s impact created no less than 20 million views in less than 50 days, making it one of Nigeria’s most loved and talked about campaigns. The video also racked up over 1.6 million views on YouTube. The campaign made use of influencers such as Wale Adetona, Biyi The Plug, and Estol (@cutekimani).

Estol (@cutekimani) spoke to us about the campaign stating that she established and managed influencers in Lagos, Abuja, Ibadan, Calabar, and Port Harcourt.

“I (as an Influencer) had to create my own tweets to align with my audience and it was highly impactful.  The campaign was highly successful, and we experienced a surge in the number of new users, users who reconnected and the social media pages also grew immensely,” she added.

In an unprecedented achievement, Airtel received a total of 20 prizes at the Lagos Advertising and Ideas Festival Awards (LAIF). LAIF is a platform for recognizing and promoting creative brilliance in the realm of advertising and marketing communications. Through its ‘Data is Life’ advertising campaign, Airtel won seven gold, six silver, six bronze, and the most coveted Grand Prix at the event. Three Gold medals were given to the 444 campaign in the Bank, Investment, and other Financial Communication category, as well as three Gold in the Telecom Product/Services category. The ‘Data is Life’ (DIL) campaign by Airtel was also awarded a Gold.

Airtel’s advertising campaign also received nine awards at the Pitcher’s Awards, bringing the company’s total number of advertising campaign awards in 2020 to 29, the most in any year. The Pitcher Awards are widely regarded as one of the most significant and internationally renowned honours for African creative output. Airtel Nigeria was also recognised for its efforts in storytelling and PR innovation at the 5th edition of the Lagos Public Relations and Industry Gala (LaPRIGA), a prominent communications industry event at the instance of the Lagos Chapter of the Nigerian Institute of Public Relations.

The CEO of Airtel Nigeria, Mr Segun Ogunsanya, while commenting on this feat, dedicated the awards to the company’s over 50 million customers across Nigeria, noting that “Airtel will not rest on its laurels and will continue to go the extra mile in connecting and bonding emotionally with all its stakeholders through compelling, relevant, bespoke and inspiring narratives.”

Music is a powerful memory indicator. Both emotion and nostalgia can be evoked by music. In the same spirit, music-driven radio advertising is a successful marketing technique because it sticks with customers, playing over and over in their brains, helping to keep your brand front of mind. The 444 jingle quickly became an earworm that people couldn’t stop singing and as such the message stuck with consumers. Even on social media, Nigerians gushed about how much they loved the tune, song and in turn the brand.

Advertisers adore jingles for the same reason that the general public despises them: you can’t get them out of your brain. However, like with other stimuli, the more you experience them, the less impact they have on you. The extensive usage of jingles on radio and television has led to a perception among the younger generation of customers that they are cheesy. While this type of advertising may be losing favour in the international scene, it still appears to enjoy goodwill in Nigeria.