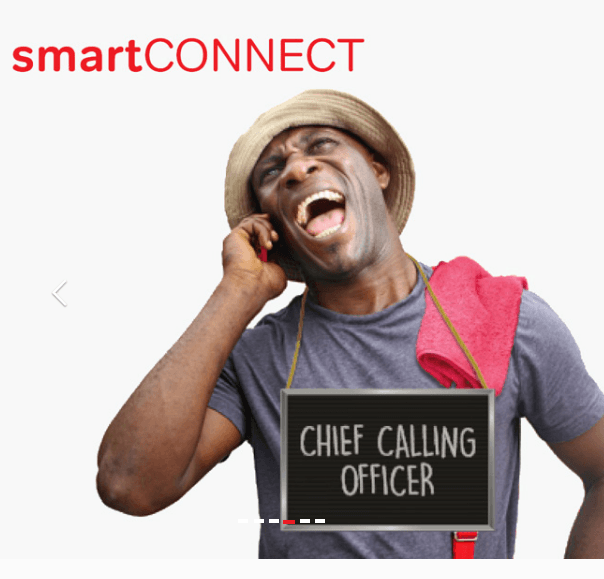 Language matters, but culture can be compelling – when they are in the right hands. Dharmesh Shah, the co-founder of HubSpot, rightly espoused that “many companies have forgotten they sell to actual people. Humans care about the entire experience, not just the marketing or sales or service. To really win in the modern age, you must solve for humans”. Advertising messages are intended to draw customers’ attention to a product, service, or idea. However, they become more powerful when the audience identifies so much with the message that they cannot get enough.

Given that consumers find it challenging to explain the differences between competing offerings in the telecom sector, a winning brand must be strategic with its storytelling. Since its launch in 2016, the Airtel Smart Series campaign, managed by Noah’s Ark Ad Agency and Livespot, has taken on a feline-like leap, garnering a massive push from supporting voices around the country. Airtel’s SmartCONNECT, Airtel’s SmartRecharge, and Airtel’s SmartSPEEDOO are just a few of the variations. Everything was arguably perfect, especially by integrating excellent storytelling with product promotion that centres on sharing everyday experiences.

In 2016, Airtel Nigeria launched Smart Speedoo, a new data plan that most internet-savvy Nigerians would enjoy. At a press conference in Ikeja, Lagos, the service was launched, geared to helping customers experience real data while surfing at a low cost and unlimited megabytes. Smart Speedoo is said to put “free internet in everyone’s hand” by allowing customers to monitor their data consumption when surfing at a low cost.

Produced by Noah’s Ark, an avant-garde creative agency in Nigeria, the campaign ads ran with the copy ‘Data is life’ and ‘Enjoy life’s precious moments’.  The award-winning ‘Lost’ ad depicted a man (Gabriel Afolayan) stranded on a deserted island. It is a metaphor for how data consumers feel when they are out of data or connected to a lousy internet service, a typical Nigerian trend. The character finally finds paradise on the island, which can be compared to connecting to a good service provider. Airtel’s campaign effectively connected and expressed the Nigerian experience.

It was innovative, funny, entertaining, and informative – everything a curious Nigerian could love. The commercials earned a slew of awards as well as widespread attention. The jury of the prestigious Lagos Advertising & Ideas Festival (LAIF) voted Airtel’s Lost Television Commercial (TVC) the best advertising campaign of 2017. This is a testament to how innovative the company’s work was. The Airtel Lost TVC won a quintuplet at LAIF, a treble at the prestigious African Cristal Festival, and Gold at the Epica Awards, an annual series of communication awards established in 1987 and based in Paris, France, in just seven months.

In a different commercial, Airtel’s SmartSPEEDOO helps capture life’s precious moments in another commercial. The emotional television advertising depicts two men travelling by bus from the eastern part of Nigeria to Lagos to see their families. One of them, played by Bimbo Manuel, was photographing the scenery and showing the other man how to use data to access images, photos, and music on his phone. The two new friends connected, and he eventually helps the man find his estranged family. Another advertising that touches on most Nigerians’ experience — long-distance travel by road, making life-long bonds in transit and helping others.

Livespot was tasked with creating a theme song for the Airtel data platform (SmartSPEEDOO) campaign themed “Data is Life”. In a case study provided by the agency, “we created a theme song that spoke to the core essence of data from an emotional perspective as it plays such an undeniably significant role in our lives that one might ask, “What is life without data? The answer was the message portrayed across the entire campaign”.

SmartCONNECT is Airtel’s default bonus plan for prepaid customers, which offers a 100% bonus on every data bundle plus eight times bonus on every recharge. The brand reached out to Livespot to create a campaign song in pidgin, Igbo, and Hausa for the product ad, communicating the need for a catchy, danceable, appealing song.

Because of his broad appeal in Nigeria’s western region, the agency chose Adekunle Gold as the lead artiste to create the Yoruba version of the album, using his own song ‘Orente’ as a reference. The song’s lyrics were written to convey quantity, efficiency, accuracy, and the idea of “Connect,” which is embedded in the SmartCONNECT DNA. Because of his appeal to people in the Eastern region, Phyno was chosen for the Igbo edition. His song ‘Father-father’ was chosen as the inspiration. Since the music was so well-synchronized with the campaign, it attracted listeners’ attention to the message in a more emotional and impressionable way, resulting in increased sales. At the 2016 LAIF Awards, the song was also named best use of music in a TV commercial.

Leveraging on television, including social media platforms – Twitter, Instagram, Facebook, the Smart campaign’s impact created no less than 20 million views in less than 50 days, making it one of Nigeria’s most loved and talked about campaigns. The campaign was also pushed by the main brand ambassador, Gabriel Afolayan, with support from other micro-influencers such as Estol @cutekimani and @MaziIbe_. It garnered high positive sentiments among the public and critics through relatability and presented the telecommunications network as the solution to a widely-identified problem.

Estol @cutekimani walked us through her experience as a campaign influencer. She clarified that she worked with the messaging from the client’s brief, which said that at the time, Airtel was the only company providing ‘Smart’ services, and it was her responsibility to publicize it. To do so, she established and managed influencers in Lagos, Abuja, Ibadan, Calabar, and Port Harcourt.

“I (as an Influencer) had to create my own tweets to align with my audience and it was highly impactful.  Though In the course of the campaign there were a few backlashes here and there because some users were experiencing slow network and a competing network tried to capitalize on that but we were able to drown the conversation and make sure users who were complaining were duly attended to.”

“The campaign was highly successful, and we experienced a surge in the number of new users, users who reconnected and the social media pages also grew immensely,” she said.

Gabriel Afolayan, also known by his musical stage name G-Fresh, is a Nigerian actor and singer.   Gabriel Afolayan was the main act in some of the memorable commercials from Airtel’s SMARt series campaign.

Phyno, the Enugu-born indigenous rapper is famous for his songs and has also earned several awards including The Headies Award for Best Collaboration in 2013 and best Rap Single in 2014. He was unveiled as the Airtel ambassador in 2015 and played a prominent role in the SMART series campaign.

Noah’s Ark Communications is a Nigerian Integrated Marketing outfit; an ideas hub where communication and marketing problems are provided with creative solutions.

Livespot is a 360º creative collective of the digital era that combines and offers services in digital marketing, experiential marketing, advertisement, education, and entertainment.