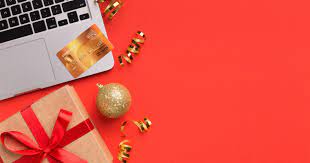 It is that time of year! Yes, the holiday season that is in full swing, but also time to start looking ahead as we begin 2022 and crafting your business’s marketing strategy – if you have not already done that.

2022 presents an opportunity to start fresh. It may seem a daunting task trying to plan this year’s strategy, considering the pandemic-inspired events of last year, but taking the time to develop a plan saves significant time and energy later on.

At Culture Intelligence, we have found implementing holidays into the marketing plan to be a fun and effective way to connect with the target audience through relevant, engaging content.

This is why we’ve compiled an extensive list of the 2022 holidays for your business to consider as you begin strategising.

Oops! We published later than that. But January 1 is a good date and would have been a good time to meet people where they have fun, knowing they will surely take themselves out of their houses. It is the first day of the year – tagged New Year’s Day – and is mostly exciting for people.

The Federal Government declared January 3, 2022, as a public holiday in celebration of the New Year. The declaration was contained in a statement issued in 2021 in Abuja and signed by the Permanent Secretary in the Ministry of Interior, Dr Shuaib Belgore. This holiday was declared because the first day of the year fell on a weekend and Nigerians don’t play with their public holidays.

For Christians, Good Friday is a crucial day of the year because it celebrates what they believe to be the most momentous weekend in the history of the world. It ushers in the Easter Celebration and gives Christians an opportunity to reminisce on the crucifixion of the Saviour of the world. A public holiday is usually declared on Good Friday and it is on Friday, April 15, 2022.

It starts on Easter Sunday, with all the camaraderie, and continues with the partying on Easter Monday. It is the second day of Eastertide. In the Eastern Orthodox Church and Byzantine Rite Catholic Churches, this day is called “Bright Monday” or “Renewal Monday”. It is a public holiday, and people use the opportunity to hang out with family and friends. This is on April 18, 2022.

Labour Day in Nigeria comes on May 1, as it does in over 140 other nations, and is frequently called “May Day”. It is a Sunday, so the prediction is that the Monday after – May 2 – will be declared a public holiday. So, while workers holiday away from work, non-workers join in solidarity. An opportunity to meet people from different walks of life.

Eid marks the end of a month of fasting from dawn to sunset, as well as spiritual reflection and prayer. Under usual circumstances, the day starts with prayers and a big meal is usually the main event, but there are lots of other ways people celebrate too. . Eid al-Fitr is the earlier of the two official holidays celebrated within Islam (the other being Eid al-Adha). Eid al-Fitr is celebrated for one to three days, depending on the country. In Nigeria, May 2 – 4, 2022, may be declared public holidays.

Democracy Day is June 12, a national public (bank) holiday in Nigeria. Until June 6 2018, it was held annually on May 29. Democracy Day marks the day the military handed over power to an elected civilian government in 1999, marking the beginning of the longest continuous civilian rule since Nigeria’s independence from colonial rule in 1960. It is a tradition that has been held annually, beginning in the year 2000. June 12 was formerly known as Abiola Day, celebrated in Lagos, Nigeria and some south western states of Nigeria.

Eid al-Adha celebrates the time when Ibrahim had a dream which he believed was a message from Allah asking him to sacrifice his son Isma’il as an act of obedience to God. The devil tempted Ibrahim by saying he should disobey Allah and spare his son. Muslims typically celebrate the festival by carrying out a Qurbani, meaning “sacrifice” in Arabic. The animal that is sacrificed – which is usually a goat, sheep, cow or camel – is separated into three parts. The public holidays may likely start July 9 and end July 11, 2022.

Hijrah, (Arabic: “Migration” or “Emigration”) also spelt Hejira or Hijra, Latin Hegira, the Prophet Muhammad’s migration (622 ce) from Mecca to Yathrib (Medina) upon invitation in order to escape persecution and to be able to worship freely. By leaving his home city, it is said that the Prophet demonstrated that faith is bigger than family. This is the beginning of Islam and the start of the Islamic calendar. This year’s public holiday for this may start July 29 and end July 30.

Mawlid is the observance of the birthday of the Islamic prophet Muhammad which is commemorated primarily on the 12th of Rabi’ al-Awwal, the third month in the Islamic calendar. It is observed by the majority of Muslims throughout the world and is usually declared a public holiday in Nigeria. We should expect the public holidays to start October 7 and end October 8, 2022.

The church in Rome began formally celebrating Christmas on December 25 in 336, during the reign of the emperor Constantine. So, Christians celebrate Christmas Day as the anniversary of the birth of Jesus of Nazareth, a spiritual leader whose teachings form the basis of their religion. It is December 25 and a Sunday, so a public holiday may likely fall on December 27.

The name comes from a time when the rich used to box up gifts to give to the poor. Boxing Day was traditionally a day off for servants – a day when they received a special Christmas box from their masters. The servants would also go home on Boxing Day to give Christmas boxes to their families. Boxing Day is a holiday celebrated after Christmas Day, occurring on the second day of Christmastide – December 26 – and is always a public holiday.